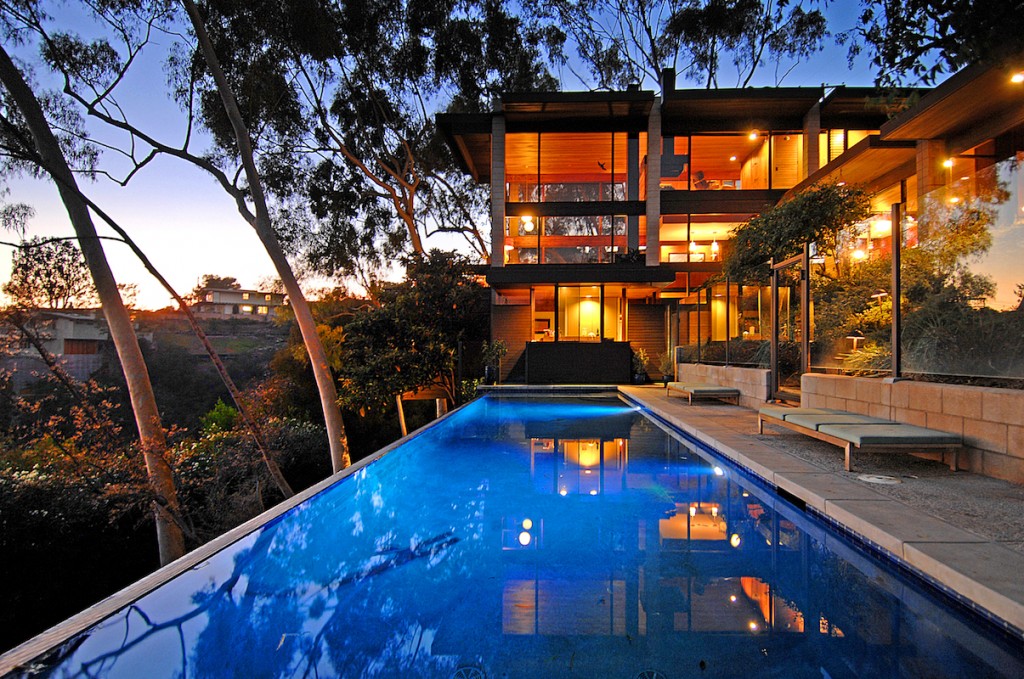 Ray Kappeâ€™s 1967 Gould LaFetra House was originally pitched by Ray to Entenza for the CSH program but was turned down. With commanding views of Long Beach, Catalina Island and the Pacific Ocean, this three-story, five-bedroom, four-bathroom house was the first house Ray Kappe experimented with laminated beams. The houseâ€™s open graded floor plan, or â€śmodular system,â€ť lends itself to the surrounding views by manipulating the perspective and creating a compositional plane (similar to Japanese ukiyoe) that eliminates the middle ground from view. Kappe distinguished the houseâ€™s elevation by using Douglas fir, redwood, mahogany, teak, and glass walls to form rectilinear shape as well as enhance public and private spaces in the house that are characterized by high ceilings in the living and dining room and low ceilings in the bedrooms.

During the renovation, Michael utilized the expertise of Ray Kappe for a few additions that where intended in the original blueprint. Michaelâ€™s work includes a pool, outdoor living room and two fireplaces in the interior living room and master suite of the house. Michael placed solar panels in the Gould LaFetra House to optimize the houseâ€™s energy for future use and created custom-built light fixtures appropriate to the late 1960â€™s throughout the houseâ€™s interior. To secure the houseâ€™s architectural integrity, the house was registered under the Mills Act as a Historic-Cultural Monument. 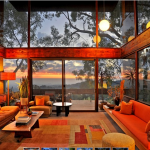 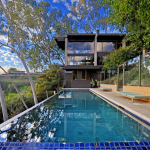 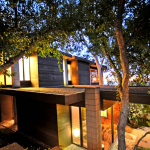 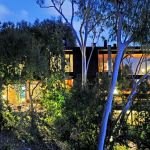 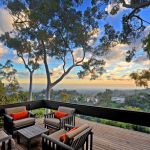 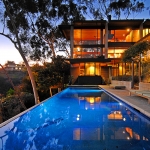